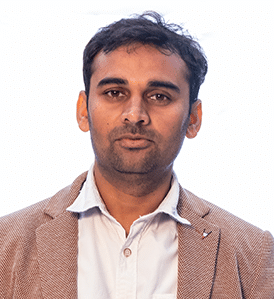 Dr A S Rana did his PhD in Physics from University of Pune in the year 2012, while working at CSIR-National Chemical Laboratory, India with Prof. Satishchandra Ogale. His PhD research was mainly focused on studying tunneling and resistive switching properties in magnetic and ferroelectric thin films using scanning probe microscopy. Thereafter, he moved for his postdoctoral research at National University of Singapore (2012-2014), subsequently at the University of Twente (2015-2017) through selection by prestigious funding agency (NWO/FOM) in the Netherlands. During postdoctoral research, he led projects on the growth of thin films and nanomaterials using physical vapor depositions, nano- and microfabrication of devices and characterization. He visited USA, Australia, Singapore, China, Netherlands, Italy and Luxembourg for different scientific assignments and conferences.